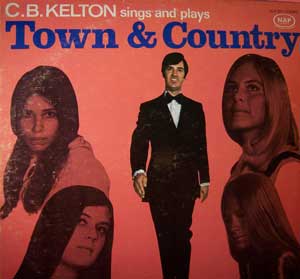 1. Who Oiled The Hinges On My Back Door?

5. Raindrops Keep Falling On My Head

6. Heartaches By The Number 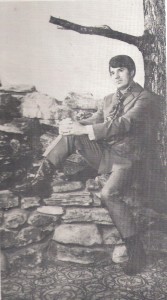 Without doubt, this is the most unusual album I’ve ever had the pleasure of hearing. Three extraordinary people, CB Kelton, Al Straza and Andy Anderson combine their talents with some of the greatest musicians in Nashville, Tennessee, to come up with the near unbelievable sounds and originations in this album.

CB Kelton is one of the great talents of our time, as you will quickly understand after listening to this album. You will be overwhelmed as you listen to “Who Oiled The Hinges On My Back Door?” or “Heartaches By The Number” and detect the great country sounds he acquired from his native state, Arkansas. Some of the selections such as “Somewhere My Love” and “Jean” will display his talents at the piano, talents he acquired from his travels after leaving Arkansas. Every selection within the album displays an entirely different approach to music and will surely leave you spellbound.

This album contains music for everyone, old or young. As manager Al Straza declares, “CB is great, he is versatile, he’s the best.” I’m sure you’ll agree with Al once you’ve heard this album. CB credits his success to Al, and through this unique team, there will undoubtedly be more accomplishments such as this in the future.

CB performs nightly at the famed Brown Jug in Decatur, Illinois, and is rapidly gaining the reputation of being the most versatile entertainer in show business. He never meets a stranger, though many people in and out of show business stop in at the Brown Jug for an evening of wonderful entertainment and beautiful surroundings. CB says, “These are my people,” and he pours his heart out to them just as he does in this album.

I feel honored just having the opportunity of writing this liner note, and being an entertainer myself, I would like to express my appreciation for such wonderful people as CB Kelton and Al Straza. They are a valuable credit to our wonderful world of music. Also to “Andy Anderson,” for a terrific job of producing, thanks for the new sounds.

I’ll sum up by saying, “Truly the best yet!”

Now, for the first time, you can download high-quality MP3 versions of the songs right here. Make your selections, below, and click “Download” to purchase your copies for only $0.88 each. Each song is a digitally-remastered version of the original song on the LP.

Click on the “Play” button below under “Preview” to listen to a sample. Note: you may have to click the button twice.

CB invites you to listen to a diverse selection of music -- from his hit, Hitchin a Ride, to his favorite gospel music. Click here to view CDs and singles available.